That episode was a complete mess. The pacing was dizzying. New things were brought in so fast that by the end of the episode I had no idea what was going on, what any character wanted, or what anything meant. I just had an endless stream of questions as I was watching the episode – none of which were answered, so for this review, I’m just going to list them all:

Well there’s not much to say about this episode, because nothing really happens. The mystery hasn’t progressed at all – we still don’t know why the Zhat Vash don’t like androids; we don’t know why Jurati killed Maddox or why she’s here at all; we don’t know why Maddox created the twins; and we’re so far away from any connection to Data that I’d almost forgotten he was in this series. In this episode, they go to a place and say some things. That’s it.

There were a few odd moments in this episode – moments that were either unintentionally funny or just nonsensical. They’re all quite disconnected, so I’m just going to do what I’ve done a few times before in reviews, and chuck them all at you in a big list:

Six episodes gone; four left. I am starting to wonder whether we’re going to get any kind of satisfying conclusion to many of the things that have been set-up in this series.

I did not like Star Trek Discovery, and if any more series’ of it are made I won’t be watching them. Because of that I expected Star Trek Picard to be pretty shit too – they didn’t seem to improve from series one to series two of STD (yes that is what we’re calling it – if they didn’t want it to be called that, they should have thought about the name a bit more), so I didn’t expect STP to be an improvement over STD.

But actually I didn’t mind the first episode. There were many likeable things about it. I like the basic premise of the plot: perhaps there are more androids out there like Data, and perhaps they can reverse the image that androids have as a result of the Mars incident. I really liked the interview between Picard and whoever that woman was – the interviewer was a twat, which is quite realistic. I also liked the improved action sequences – that’s one of the things that I always find quite jarring when I watch Star Trek: The Next Generation – any kind of combat in that just looks painfully unpainful. In this first episode of STP, when characters hit each other, it actually looks like they’re hitting each other.

The stand-out moments in the episode were the scenes between Picard and Data – both Patrick Stewart and Brent Spiner have still got it. I’m very impressed that Brent Spiner can so perfectly recreate the performance of Data. It is, though, unfortunate that these were the best parts of the episode – it kind of shows that none of the newer characters are as good as the old ones. It goes to show the magic that The Next Generation had.

It’s clear that this series is going for a serialised format, rather than an episodic one. It seems to have worked for the first episode. I’m not sure how well this works for Star Trek overall, though – it didn’t work for STD – as we see more episodes, we may find that it doesn’t work for STP either. The episodic format works well for Star Trek because of the basic premise of the Star Trek series’: some people in a spaceship exploring the galaxy. You can have an ensemble cast, and in each episode different members of the ensemble cast become the main characters in different, only loosely-connected stories. It’s an ideal format for developing rich characters and a rich universe – which is what Star Trek fans like. Star Trek Discovery departed from this, and that’s a big part of what made the series bad: Michael Burnham was the main character of the series and so the main character of every episode, but they still travelled from planet to planet – this meant that Michael Burnham had to be written as impossibly talented, and so was ultimately a Mary Sue. We were just following one impossibly brilliant character around as she solved every problem and everyone else just basked in her perfection. Had Star Trek Discovery had an ensemble cast, and in each episode we followed a different member of that cast, it would probably have been a lot more enjoyable. In fact the few times where STD did do this were often the best episodes.

So maybe STP will have the same problem; maybe it won’t. So far, it seems fine. And I think that’s because so far this show has been set on Earth, where it’s more believable that a single person could go around hunting for the answer to a mystery.

There were a few things that I didn’t like about the episode. The main one actually is the theme music. Fuck I hate that theme music. It’s not quite as bad as the theme music for STD, but it’s fairly close. I don’t know why there’s a desire in the world of television production at the moment to make this kind of theme music – it’s everywhere – but it’s stale, lifeless, and meaningless. And it’s completely wrong for Star Trek. Why can’t we have something with a proper fucking melody? It should be that after I’ve watched a single episode of a new Star Trek series, I can hum the theme tune – it should be that memorable. Bring back the militaristic, marching band music from old Star Trek. It worked for The Orville; it can bloody work for Star Trek Picard.

I also didn’t much like Isa Briones’ performance as Dahj. It was a bit over-the-top, and jarred with the other performances. Though she wasn’t helped by what was, at times, very cheap dialogue. It seems that the way TV dialogue is written nowadays is different to how it was written in the TNG era.

This episode also had some linguistic absurdities – much like STD, but far fewer, and slightly less egregious. At one point a character says ‘Flesh and blood android’ … so … a human then? Android just means ‘in the shape of a human’, so a flesh and blood thing in the shape of a human is just a human. When we talk about androids in reference to robots, we are using ‘android’ as an abbreviation of ‘android robot’ – ‘android’ is an adjective that has become a noun. So once again, it seems like the Star Trek writers aren’t doing their research. But on this occasion, I can overlook it, as perhaps by the year that this episode is supposed to be set, ‘android’ exclusively means a robot made of metal and wires.

So some good, some bad. It wasn’t the best episode of Star Trek I’ve ever seen – not by a long way – but it was far from the worst too. 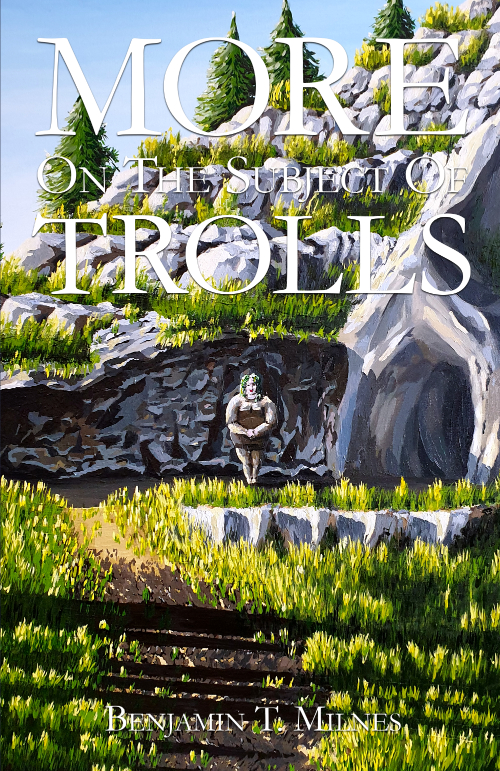